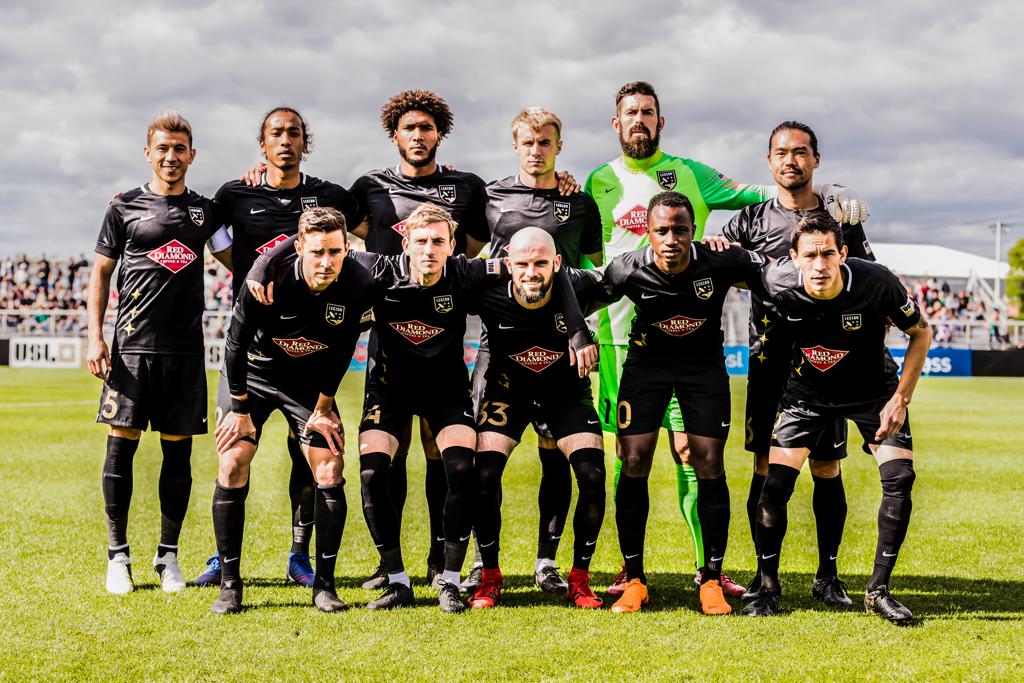 BIRMINGHAM, AL (April 20, 2019) – Birmingham Legion FC battled Swope Park Rangers to a 0-0 draw at BBVA Compass Field on Saturday, April 20. Despite a majority of the possession, more total shots, and even the first nice weather day of the inaugural season, the ball simply never found the back of the net.

There was just one change to the Birmingham starting XI that won in Saint Louis last weekend. #16 Daigo Kobayashi got the nod in the midfield next to Mikey Lopez, and the team came out in a slightly shifted 4-2-3-1 formation after forward Brian Wright returned to MLS midweek. The change helped the flow of possession for Legion FC, but quality chances in front of goal dipped.

Swope Park stayed compact and organized at the back, especially as the game wore on, limiting Legion FC to just three shots on target, all in the first half. The defenders in black and gold also had a solid outing, lead from the back by goalkeeper Matt VanOekel’s six saves. Head Coach Tommy Soehn mentioned having consistent starters along the backline as being the key to the team earning its first shutout.

“They’ve been very consistent the last two games. You like to see that part of your group grow because that’s the part of the field that you send messages. With everything ahead of you, you can organize, and Matt [VanOekel]’s done a good job the last two games, with saves, but he’s also a calming force back there.”

VanOekel on feeling more comfortable each game playing behind that unchanged back four:
“The longer you play with guys, especially still as an expansion organization, we’re still getting to know everybody. Every single time you get to play with them you feel a little bit more comfortable. I understand what [#22] Mathieu [Laurent] is going to do, I know what [#3 Kyle] Fisher is going to do in these situations, so I feel like we play off of each other extremely well and it’s showed over the last three games.

I think it’s a step in the right direction, and we want to keep getting more and more shutouts. Shout out to those guys [#12 Eric Avila, Fisher, Laurent, #33 Kyle Culbertson] they were big today, and I don’t keep the ball out of the net without those guys working their butt off for 90’ minutes.”

Birmingham Legion FC will continue its inaugural season next weekend at home versus Loudoun United FC on Saturday, April 27 at 7:00PM CT at BBVA Compass Field. Tickets are available at bhmlegion.com/tickets or by calling the Legion FC Ticket Office at 205-600-4635.