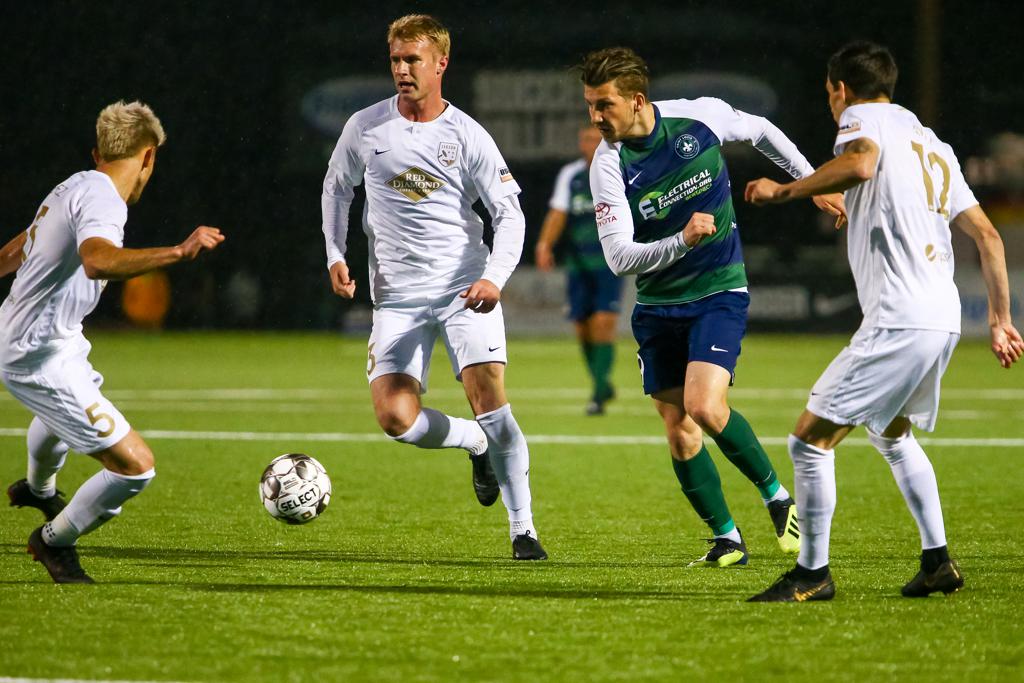 An unchanged starting eleven from Legion FC’s last two matches took the field and after both teams had a few chances, a powerful header from Laurent in the 38’ minute gave the away team the lead heading into halftime.

Saint Louis FC put in dangerous crosses from open play and free kicks all night long, and a cross from the right led to their first goal in the 63’ minute. Their lead did not last long, however, as two days after joining the team on loan from Columbus, forward JJ Williams bagged his first goal for Legion FC in the 75’ minute. As an early second half sub, Williams slotted in on the right side of the formation and latched on to a bouncing ball in the box before slotting it home far post for his first goal.

His second goal, which proved to be the game winner, came in quick succession in the 80’. After a shot from Brian Wright earned Legion FC a corner, Kyle Culbertson delivered his second assist from a free kick, finding Williams at the top of the six-yard box for a free, towering header.

Saint Louis fought until the end, earning a penalty that they buried in the 88’ minute. But standout play from the backline, including four tackles and five clearances from Kyle Fisher, four tackles from Mathieu Laurent in his second professional game, and four huge saves from Matt VanOekel saw the game off for Legion FC to earn the victory.

Head Coach Tommy Soehn on the club’s second straight win on the road:
“I think when we get pushed against a challenge, like Saint Louis is a really good team and they started the season well, I think our guys really rise to those occasions. Today was a battle, both ends were pushing the game, and there were some hard moments that the guys just battled through. We created opportunities, took our chances again, and I’m pretty proud of the performance.

Forward JJ Williams on how it felt joining Legion FC and scoring two goals in his first game with the club:
“It’s really fantastic. It means a lot that I came in and they had me, and they made me feel very welcome right away. I’m really thankful for that, and that says a lot about this club and this team. I’m really thankful to score two goals and give us a chance to win the game against the first ranked team in the league. It means a lot more to me, especially because I’ve played all my youth ball and I’m from Alabama, so definitely being able to do it for your home state means a lot.”

Birmingham Legion FC will continue its inaugural season next weekend at home versus Swope Park Rangers on Saturday, April 20 at 4:00PM CT at BBVA Compass Field. Tickets are available at bhmlegion.com/tickets or by calling the Legion FC Ticket Office at 205-600-4635.