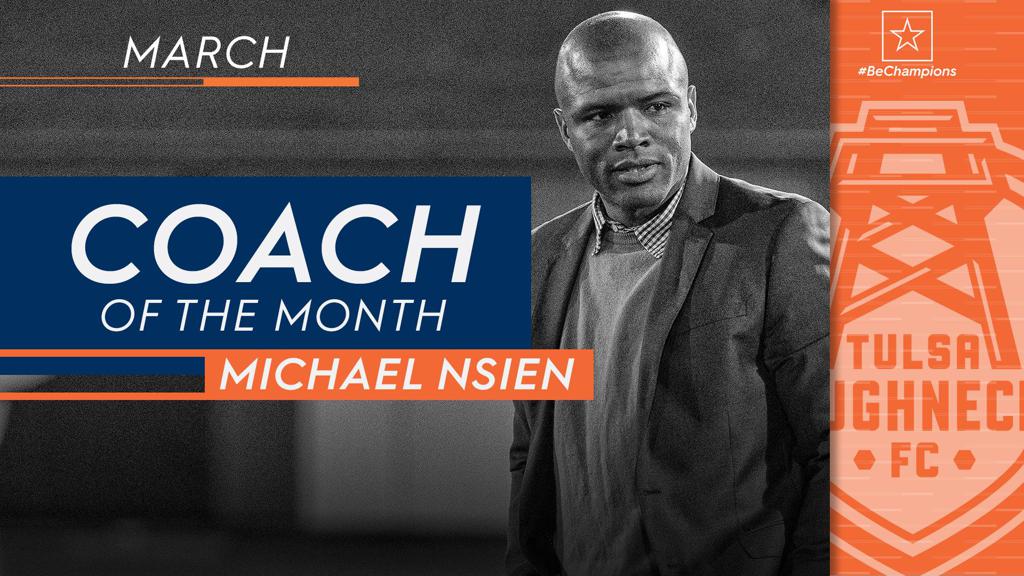 TAMPA, Fla. – Tulsa Roughnecks FC’s Michael Nsien has been voted the USL Championship’s Coach of the Month for March after leading the side to the top of the Western Conference standings in the opening month of the 2019 season.

Appointed as the club’s permanent Head Coach this offseason after previously serving as interim manager in 2018, Nsien helped oversee an overhaul of the Roughnecks’ roster that has paid big dividends so far this season. The Roughnecks equaled their win total from the 2018 season as they went 3-1-1 in March, with new arrival Luca Lobo ending the month tied for the league-lead with five goals.

“I am extremely thankful and blessed that I get to do what I am passionate about in my hometown,” said Nsien. “I would like to thank the Tulsa Roughnecks management and my coaching staff for supporting the project in rebuilding the team from last season. The players have shown great team spirit and a strong mentality. It is early in the season, so we know we still have a lot of things to improve on if we are to accomplish our objectives.”