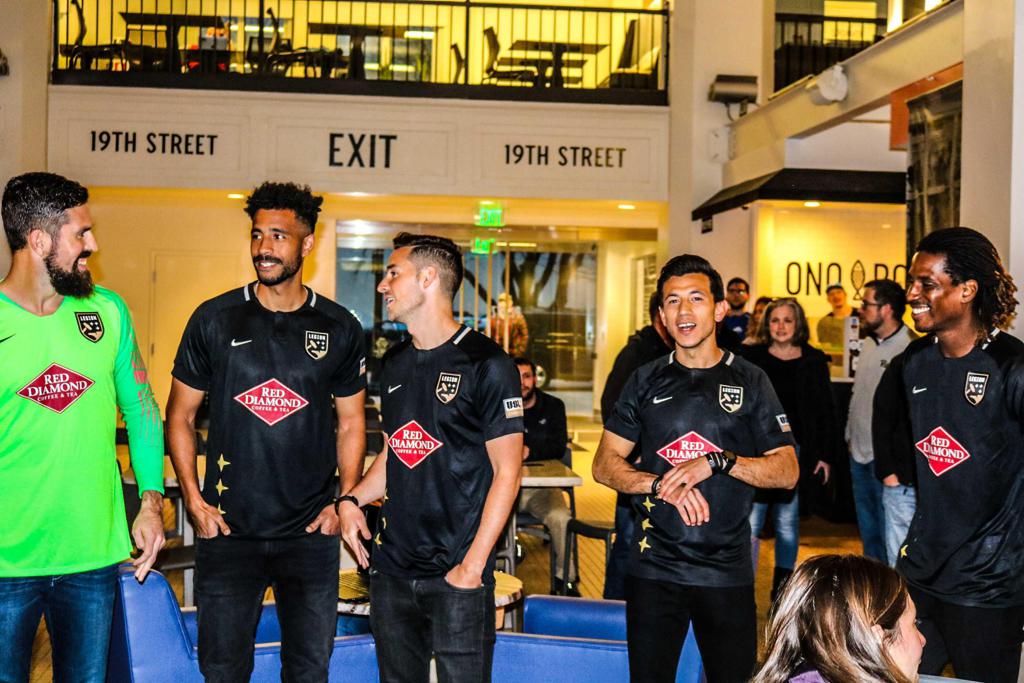 “Our 2019 jerseys will exemplify who we are as a club,” said Legion FC President and General Manager Jay Heaps. “The three pillars of our club, Passion, Pride, and Community, are embedded in this jersey, and we’re honored to wear this kit as we represent the city of Birmingham.”

The Attack Black and Molten Gold inaugural kit prominently features title partner Red Diamond Coffee & Tea on the front and jersey partner Pepsi on the back. The three core values of Legion FC - Passion, Pride, and Community - are represented by three gold sparks that run down the front of the shirt, on the bottom right side. Our club symbols, the hammer and anvil, adorn the back of the jersey right below the neck line, and symbolize not only the city’s past, but also our might and ability to bend opponents to our will.

Jerseys are available in the Legion FC Team Shop at 2213 1st Ave S and at bhmlegion.shop for $79.99 (adult) and $69.99 (children), and will be available for purchase at all Legion FC home games at BBVA Compass Field, starting this Sunday, March 10. Any home jerseys ordered online will not be shipped until after Sunday’s game. The Team Shop is open Monday to Friday from 8 AM to 5 PM.

Specific player jerseys and options to customize a shirt with a name and number will be made available in the Legion FC Team Shop at a later date.

About Birmingham Legion FC
Set to debut as an expansion member of the USL Championship, Birmingham Legion FC is the Magic City’s first and only locally owned and operated professional soccer franchise. The club will play home matches at a newly renovated BBVA Compass Field, on the campus of the University of Alabama at Birmingham, beginning March 10. For ticket information and to purchase official Legion FC merchandise, please visit bhmlegion.com. Supporters are encouraged to follow @bhmlegion on Facebook, Instagram, and Twitter for the latest club news.